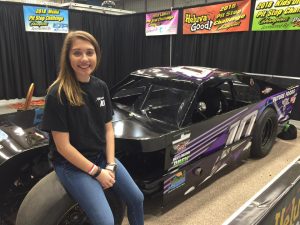 photo by Karen Re

The 2018 race season is just around the corner and Kate Re of Lovell, Maine will be starting the next step in her racing career. “My plans for the 2018 season are to get as much seat time and learn as much as possible.   I’m excited to try something new and look forward to the season.”

There are a number of different types of race cars and series, so what made Kate decide to race modifieds, this season? “I’ve wanted to race a modified, ever since I started racing.  I like the open wheel style of a modified; I always liked racing the Champ karts when I had the chance, they have a similar open wheel style.”

END_OF_DOCUMENT_TOKEN_TO_BE_REPLACED 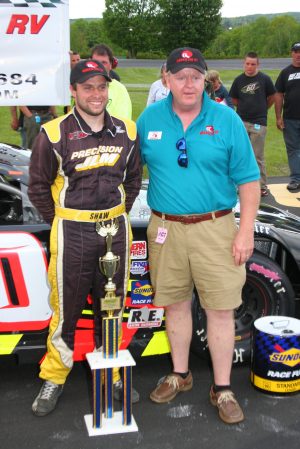 After previously winning his heat, Therrien sliced through the field from the 10th starting position, grabbing the top spot from pole sitter Brooks Clark on a lap-16 restart. The former Flying Tiger champion held off a host of challengers during a series of yellows, then walked away from the field during an extended green flag run following a competition caution on lap 60.

END_OF_DOCUMENT_TOKEN_TO_BE_REPLACED 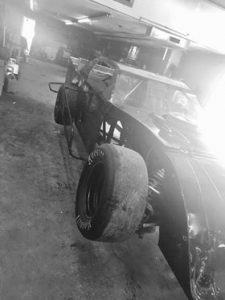 Devin Curit, of Saco Maine, is ready to go racing this season but, this season he is a whole new story. Devin will be racing in the PASS Modified Series. “I wanted to go into a PASS Mod because I’ve heard a lot about the cars and the series and that it’s a lot of fun so I figured my team and I could something new.”

The snow is almost gone and the 1st PAS Modified race is on April 22nd at Oxford Plains Speedway, though Devin has been busy in the off season. “This off season been hanging out with family and friends and riding snowmobiles.”

END_OF_DOCUMENT_TOKEN_TO_BE_REPLACED 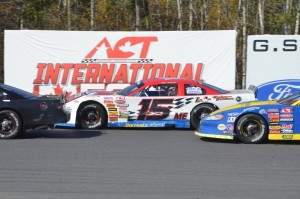 Waterbury, VT –The announcement last November that there was an alliance between the American-Canadian Tour (ACT), a Northeast regional Late Model stock car division, and the Pro All Star Series (PASS), a Super Late Model Series that competes throughout the Northeast with PASS North and the Southeast with sister series PASS South, came as welcome news to many race fans and teams in New England and Quebec.

With the recent postponement of ACT’s traditional opening event at the Lee USA Speedway due to continuing snow removal issues after a record-breaking winter for cold and snowfall that has lingered into the spring, the historic doubleheader event at Oxford Plains Speedway (OPS) in Oxford, ME now inherits the start of the 2015 season in the Northeast on Saturday, April 18.

END_OF_DOCUMENT_TOKEN_TO_BE_REPLACED

CHARLOTTE, NC (January 19) – Pro All Stars Series (PASS) Pro Late Model racer Matt Murphy draws inspiration, as do many others like him, through the words and example of Dr. Martin Luther King, Jr. But for many, the 14-year-old aspiring race car driver from Charlotte, NC is himself an inspiration.

END_OF_DOCUMENT_TOKEN_TO_BE_REPLACED

Oxford, ME – Joey Doiron drove his #73 Wild Willy’s Burgers Chevrolet to a hard fought win in the Pro All Stars Series North season finale at Oxford Plains Speedway.  After a dismal performance at his best track in Beech Ridge just a few weeks ago, Doiron was determined to end his PASS North season with a statement, and he did just that.  Doiron took the lead with 18 laps to go from David Oliver to secure the victory in a very short 150 laps.  After the race, Doiron was ecstatic to be in victory lane.

“I really thought I cost myself the race there near the end,” Doiron said, referring to contact made in the last caution, “I just made a mistake with that lapped car, but we pulled it off! That was quite a battle with David, I found some grip on the outside and he was fast down on the bottom.”