Shullick To Take Part In ISMA Season Opener At Monadnock 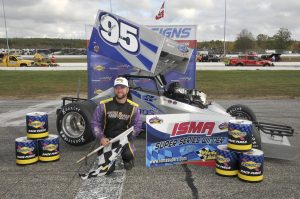 WINCHESTER, NH- Dave Shullick, Jr. out of Westlake, OH,  will be taking part in the ISMA season opener at the Monadnock Speedway on Saturday night, May 19 for the 75 lap race. Shullick will be coming into Monadnock with a lot of momentum as he won the final two races of the season last year at Star Speedway with the Star Classic and the World Series of Racing at Thompson Speedway Motorsports Park.

” I am really excited to come to a new track especially one with such history. I got the chance to talk to Jon McKennedy about the event and he shared his thoughts with me and it sounds like its a good thing for ISMA and its really a good thing for Supermodifieds to be coming to a track like this.” Shullick said.

END_OF_DOCUMENT_TOKEN_TO_BE_REPLACED 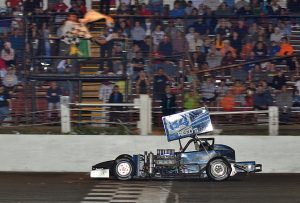 INNERKIP, ONT- Mike Lichty will becoming back to race in the ISMA Supermodifieds in 2018. The plan is for Lichty to contend for the  title in ISMA in 2018. The series will kickoff their 2018 season at the Monadnock Speedway on  for a 75 lap race. ” Well first of all, we just want to put a big thanks out to the promoter (Larry Cirillo) and everybody involved at the (Monadnock) speedway for signing us on. I know everybody seems to be extremely excited on their end for us coming and same as on our end for us going there and opening the season up.”

Lichty does not have much knowledge of Monadnock. He has been talking to some modified drivers such as Rob Summers and those drivers believe that ISMA will put on a good show up there. Lichty believes the track will be extremely racy and have more than one groove with a lot of passing. ISMA has usually opened up the season at Oswego but he believes its nice to open up the season at a new track at Monadnock Speedway for the opener.